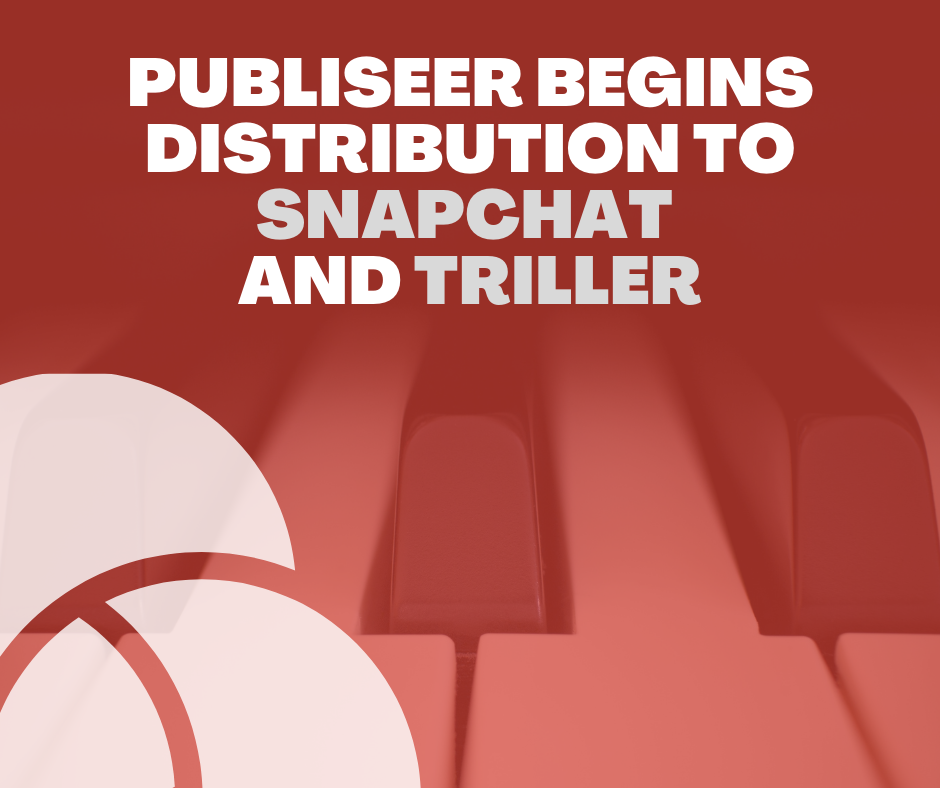 From today, Snapchat and Triller join the ranks of Publiseer’s elite list of digital music distribution channels, worldwide, alongside Apple Music, Amazon Music, YouTube Music, Spotify, Pandora, and Deezer, just to mention a few. So, artists using Publiseer as their one-stop shop for reaching the biggest and most popular digital music retailers in the world, now have an extra reason for trusting Publiseer to help them handle their music business, while they focus on creating.

With Publiseer, everything is made easy, including your sales performance report. Though your content is made available everywhere music is sold and streamed, Publiseer ensures that everything is reported in one place via its powerful centralized dashboard. “Adding Triller and Snapchat to our list of music partners is something we’ve had in the pipeline for a long time now, and we’re happy to see where this milestone takes us,” said Chidi Nwaogu, CEO at Publiseer.

Triller is a video-sharing social networking service. The service allows users to create and share short-form videos, including videos set to, or automatically synchronized to music using artificial intelligence technology. Snapchat is a popular messaging app that lets users exchange pictures and videos (called snaps) that are meant to disappear after they’re viewed.

Publiseer achieves this by helping them distribute, protect, promote and monetize their creative works worldwide, at no charge, with just a single click, and the digital platform shares in the revenue it generates for these creators, which in turn goes back into helping more creators in Africa.